I can’t tell you why, but I’ve been really into onions lately.  That’s such a weird (and plain) food to be into, but it’s true.  Ever since I got onion rings under my belt, I’ve dreamt of tackling caramelized onions.  When I order food in restaurants, caramelized onions are one of my red-flag-foods.  Meaning I’m likely to order whatever dish comes with them, as they are not something I make on my own.

Oh come on, you so knew that was coming. 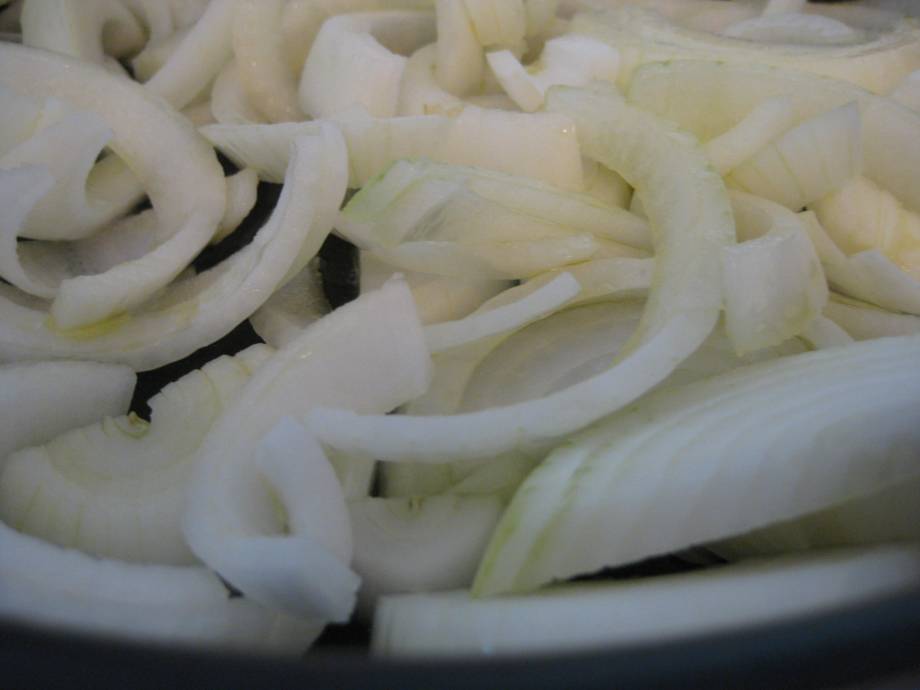 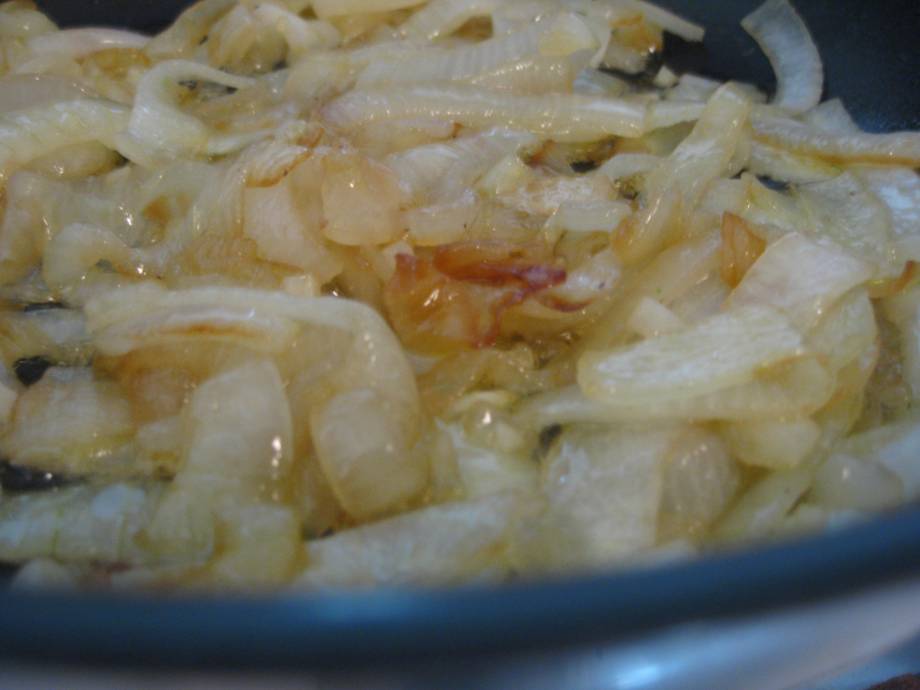 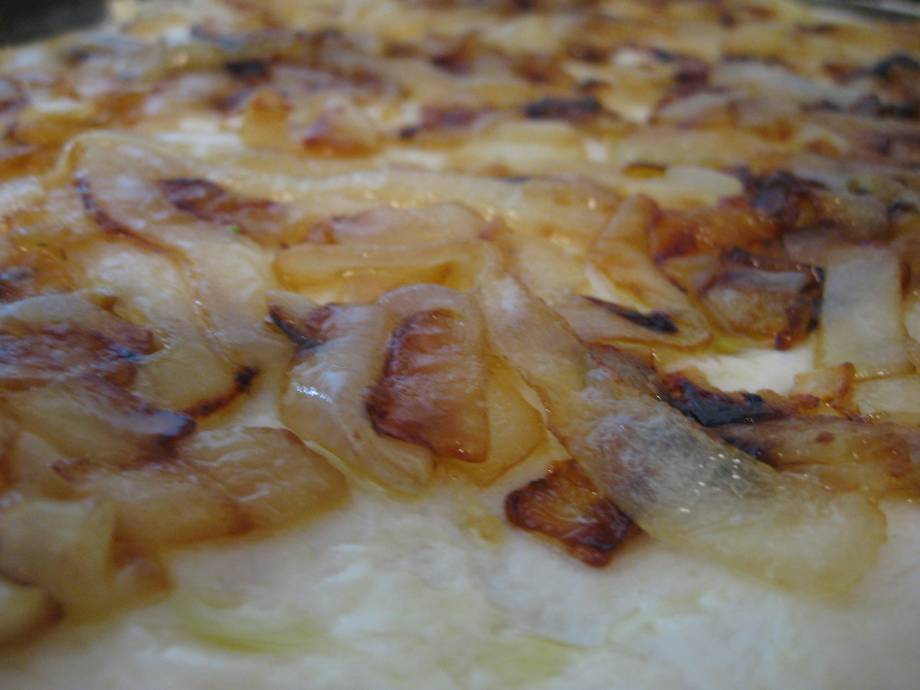 If you can saute an onion, then you can caramelize one.  All it takes is a little more olive oil and a little more time.  I cut two onions in half, sliced them about 1/4 inch thick, and sauteed them with a bit of salt and pepper in almost 1/4 C olive oil.  Medium-low heat, stirred occasionally until brown.  That’s all it took.  And though you can count me guilty for having eaten a couple right out of the pan, I took my onions to new heights on pizza.

I used Ina’s dough recipe, rolled it out, brushed it with olive oil, topped it with the onions and baked it (450) for 15 minutes.  It is, as the title suggests, the definition of savory.  I was drooling over this as I made the onions, as the pizza baked, as I ate it, I’m still drooling now. 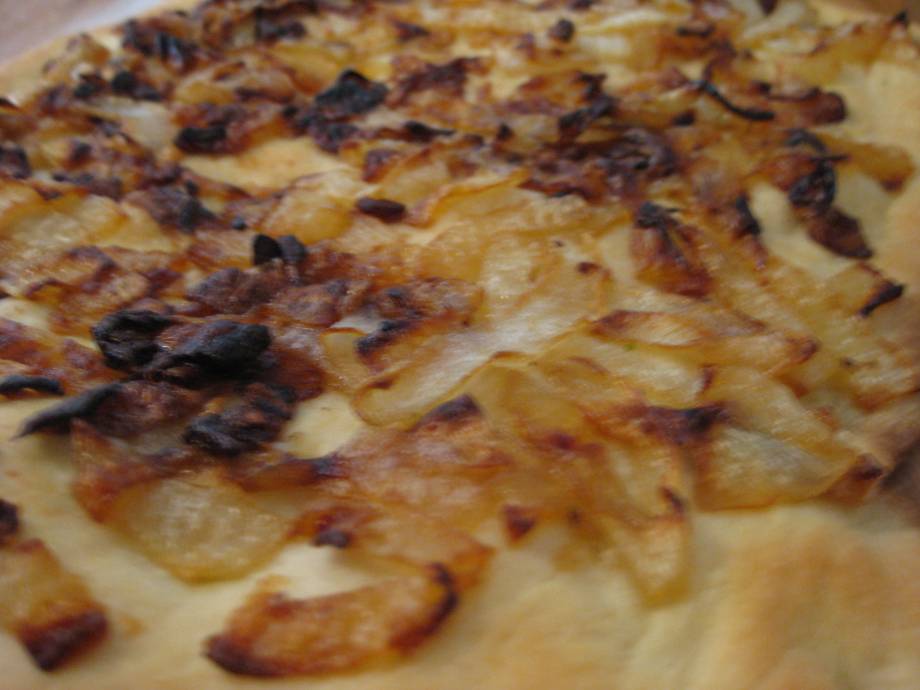 But I didn’t stop with the onions.  I thought I needed just a little something else.  Something like thyme could be the perfect addition by really brightening up the flavors, but that wasn’t quite what I was in the mood for.  I wanted something that would only make this more rich and more satisfying.

Something like Parmesan cheese (well I didn’t have any bacon).

So fresh from the oven, I grabbed my Microplane (which my husband says I likely use more than any other human being on the planet) and grated up a storm.

I ate this painfully slow because the result was the most wonderful pizza I have ever had.  And I made all of it with my own two hands.  That’s satisfaction.

This could be perfect as a bite size appetizer, but it’s equally wonderful as dinner.

Don’t want to bother with pizza dough?  I would nag you, but this pizza is so good, that you need to experience it no matter what.  Grab a bag of dough or a tube of Pillsbury at the grocery store.  It will work out just fine.