Folks, let’s talk about Twitter, shall we?  Brother Bear asked me to join a couple of years ago, and I started as a big Twitter lurker.  You know, I followed a couple of people I knew in real life (Brother Bear, Queen Cupcake and my uncle), and a handful I admired from a great distance (The Pioneer Woman, Bakerella, Sprinkles Cupcakes, you know, important people).  I tweeted once on August 18, 2009 and promptly fell silent.  Twitter was just another vehicle for stalking, but I rarely shared my own insights.  Time passed.  I spent said time learning the nuances of social networking.  Something major happens–do you update your Facebook status or Tweet about it?  Both?  I picked up all kinds of nifty tricks like how to use a hashtag and how to retweet someone else’s billiantly witty comments.  And I fell in love.  I don’t follow a crazy number of people, nor do I tweet more than a couple times a day, but that doesn’t mean I’m not completely and totally hooked on Twitter.

It recently helped me put together the best summer drink I’ve had in a long time.

As I’ve already let you know, I have a penchant for slipping vodka into unsuspecting fruit juices all summer long.  Have you tried it yet?  Please do.  It works with just about anything.  You could have vodka and orange juice if you’re missing your college days (or if you’re still in the middle of them–and then I’m jealous), you could have a vodka cranberry if you’re about to head out on the town for a night of dancing, or you could have a vodka soda if you’re a straightforward kind of person. 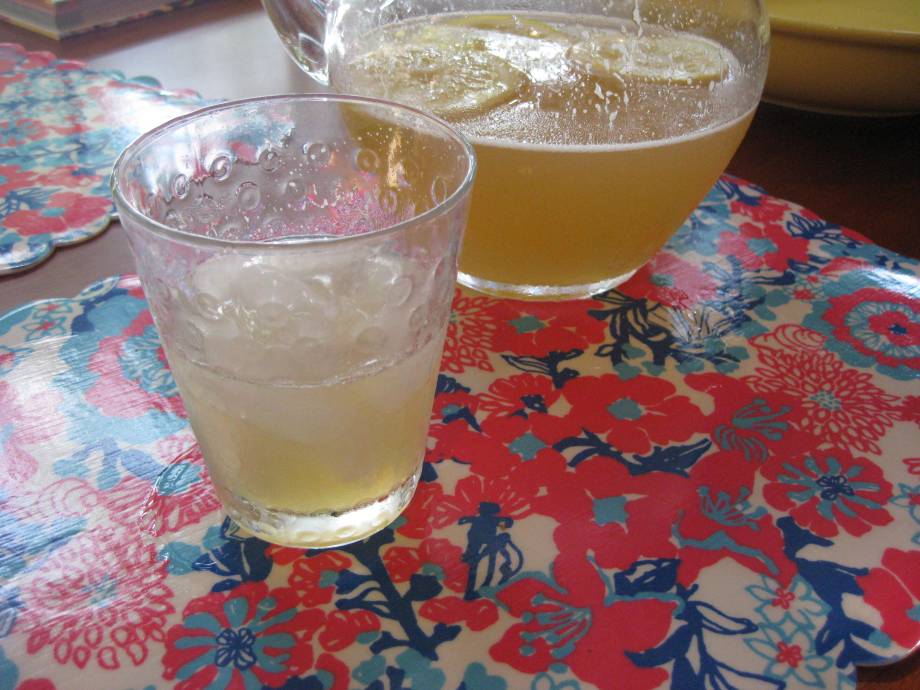 Or, you could mix up some Porch Crawlers and let the night take you wherever it wants to go.  Because these are serious business.  I found them on one of my favorite haunts, The Bitten Word.

An aside–Do yourself a favor, click on that link, and read through the comments.  People have been making this drink for a long time, and have all kinds of nicknames for Porch Crawlers, a decidedly trashy cocktail. That particular moniker comes from the way you’ll have to make it up your front steps after a night of these.  Although I also liked Hillbilly Lemonade.

Through the power of Twitter, Zach and Clay helped me scale the recipe back from a drink made with a handle of vodka and a case of beer, to something that would quench the thirst of a much smaller crowd.  Which is not to say I didn’t make more than enough to go around.  Or that we didn’t finish every last drop.  Or that my husband and I haven’t polished off another pitched on our own this week.

To quote Cari Faye, these “smell like beer, but taste like lemonade.”  They’re like homemade summer shandies, with hard liquor to boot.  After one small sip of my own, each of our friends eagerly signed up to drink these for the rest of the night.  Pour them in Solo cups for an extra touch of class.

To make plenty of drinks for 6, you will need:

Dump in a pitcher and stir.  Feeling really classy?  Mix this in a cooler (that’s how the original is whipped up).  Taste to see if you want to add more of anything.  Serve over ice.

7 thoughts on “Social Networking, or, Embracing Your Inner Hillbilly”