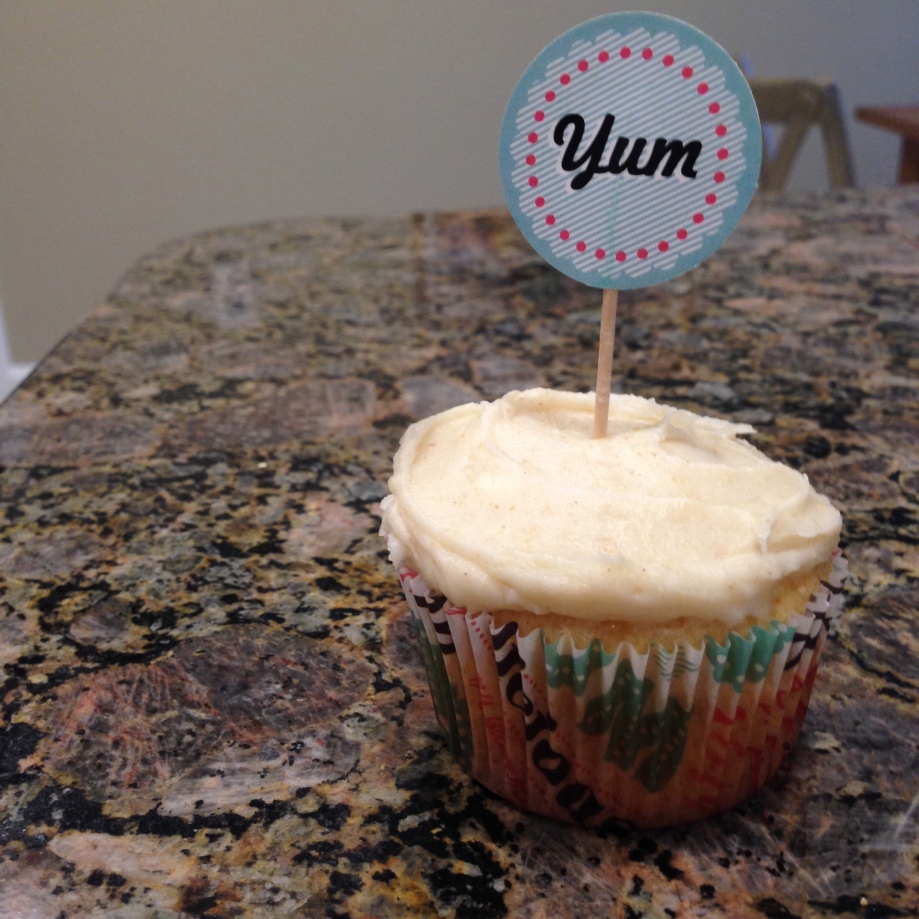 To make going back to work last week a little more bearable, and to celebrate a coworker’s half birthday, I made cupcakes.  I recently started following her on Pinterest, which was great, because it meant I didn’t have to ask her what kind she wanted, I could figure it out for myself.  She had several options that caught my attention:

If you’re dreading something, dear readers, may I recommend bringing cupcakes to the table.  It certainly helped here.

To make 18 Cinnamon Toast Crunch cupcakes, you will need:

Preheat oven to 350 degrees and line pans with 20-22 cupcake liners.

In a large bowl, gently combine eggs, oil, buttermilk and vanilla.  Mix in sour cream.  Add cake mix and cinnamon and mix until smooth.  Fill cupcake liners ¾ full and bake for 15-18 minutes, or until an inserted knife comes out clean.

One thought on “Distracting Myself with Cupcakes {cinnamon toast crunch cupcakes}”