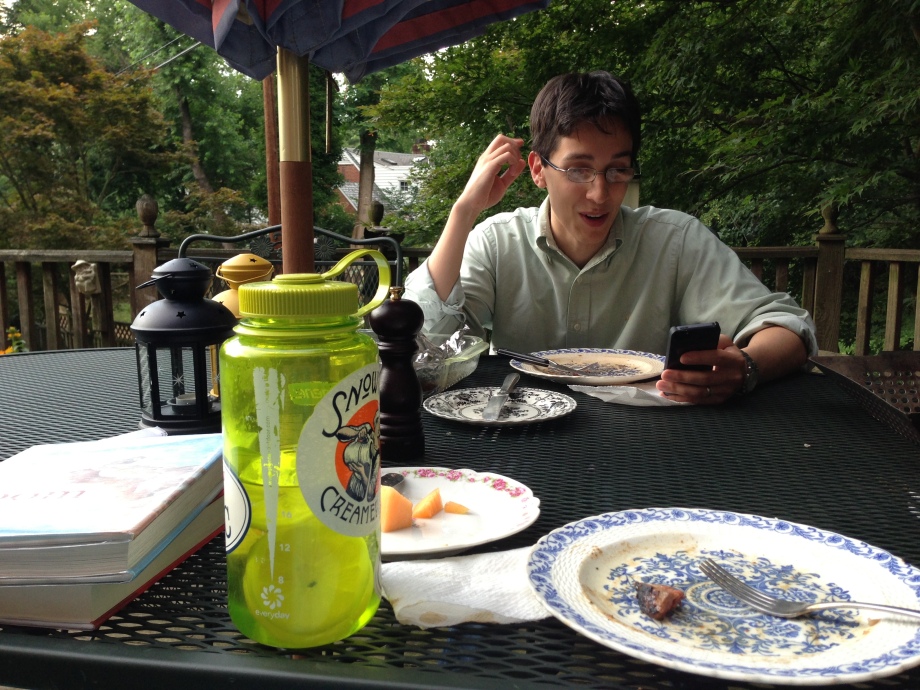 This blog is good for a lot of things, but finding recipes for large hunks of meat isn’t always one of them.  It isn’t because my husband or I have gone and turned vegetarian; we’re both as omnivorous as they come.  The reasons are as follows:

1.  He grills the meat–I don’t.  And if I don’t cook it, I’m not the authority when it comes to telling you how to do so.

Upon assuming the role of “wife” in 2009, I took it upon myself to make sure my husband was well-fed.  As he was accustomed to eating meat at all three meals a day, surely it was now my job to make sure meat was on the table during at least one of those thrice-daily events (per our loving relationship, he assumes responsibility for the other two).  But doing a great deal of reading on food related items, as well as watching any number of documentaries on the state of food in this country (don’t worry I’m not about to step up on a soapbox) has led us to eat less meat than we did in the past.

Because we’re eating better meat than we did in the past.

But tastes simply gorgeous.  Did you know it’s entirely possible that a well-marinated flank steak might melt in your mouth?

CV(D) refers to the meat we buy as rich people meat, and there is absolutely no denying that what we purchase, when we purchase it, is at times twice the cost of what the large chain up the street could provide.  But we feel better when we eat it.  Less like we swallowed a brick, and more like we just enjoyed something special.  So we’re going to keep on keeping on.

And in the meantime, I’ll leave you with my most favorite flank steak marinade.  It’s from Simply Recipes, which I don’t cook from nearly as often as I should.  It may seem odd to put honey in a steak marinade, but trust Elise on this one.  The little hint of sweet you get at the end of each bite is what makes this better than any other steak I’ve had.

Whisk all ingredients together and pour atop your favorite steak, and let it sit, covered, in the fridge, for at least 2 hours.

*A note: My husband doesn’t score his meat before marinating.